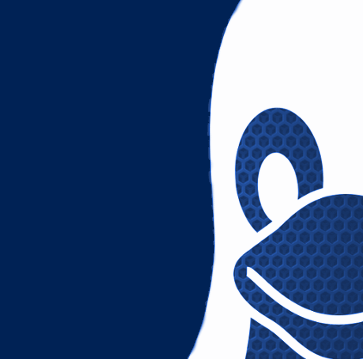 Growing Ubuntu for Cloud and IoT, rather than Phone and convergence

This is a post by Mark Shuttleworth, Founder of Ubuntu and Canonical

We are wrapping up an excellent quarter and an excellent year for the company, with performance in many teams and products that we can be proud of. As we head into the new fiscal year, it’s appropriate to reassess each of our initiatives. I’m writing to let you know that we will end our investment in Unity8, the phone and convergence shell. We will shift our default Ubuntu desktop back to GNOME for Ubuntu 18.04 LTS.

I’d like to emphasise our ongoing passion for, investment in, and commitment to, the Ubuntu desktop that millions rely on. We will continue to produce the most usable open source desktop in the world, to maintain the existing LTS releases, to work with our commercial partners to distribute that desktop, to support our corporate customers who rely on it, and to delight the millions of IoT and cloud developers who innovate on top of it.

We care that Ubuntu is widely useful to people who use Linux every day, for personal or commercial projects. That’s why we maintain a wide range of Ubuntu flavours from both Canonical and the Ubuntu community, and why we have invested in the Ubuntu Phone.

I took the view that, if convergence was the future and we could deliver it as free software, that would be widely appreciated both in the free software community and in the technology industry, where there is substantial frustration with the existing, closed, alternatives available to manufacturers. I was wrong on both counts.
In the community, our efforts were seen fragmentation not innovation. And industry has not rallied to the possibility, instead taking a ‘better the devil you know’ approach to those form factors, or investing in home-grown platforms. What the Unity8 team has delivered so far is beautiful, usable and solid, but I respect that markets, and community, ultimately decide which products grow and which disappear.

The cloud and IoT story for Ubuntu is excellent and continues to improve. You all probably know that most public cloud workloads, and most private Linux cloud infrastructures, depend on Ubuntu. You might also know that most of the IoT work in auto, robotics, networking, and machine learning is also on Ubuntu, with Canonical providing commercial services on many of those initiatives. The number and size of commercial engagements around Ubuntu on cloud and IoT has grown materially and consistently.

This has been, personally, a very difficult decision, because of the force of my conviction in the convergence future, and my personal engagement with the people and the product, both of which are amazing. We feel like a family, but this choice is shaped by commercial constraints, and those two are hard to reconcile.

The choice, ultimately, is to invest in the areas which are contributing to the growth of the company. Those are Ubuntu itself, for desktops, servers and VMs, our cloud infrastructure products (OpenStack and Kubernetes) our cloud operations capabilities (MAAS, LXD, Juju, BootStack), and our IoT story in snaps and Ubuntu Core. All of those have communities, customers, revenue and growth, the ingredients for a great and independent company, with scale and momentum. This is the time for us to ensure, across the board, that we have the fitness and rigour for that path.